“Showing what can be done with AR” – This is the mission of the XRGO research team with the development of a miniature model. The Miniature AR Hub is intended to provide a practical representation of the many possible applications of AR technology. 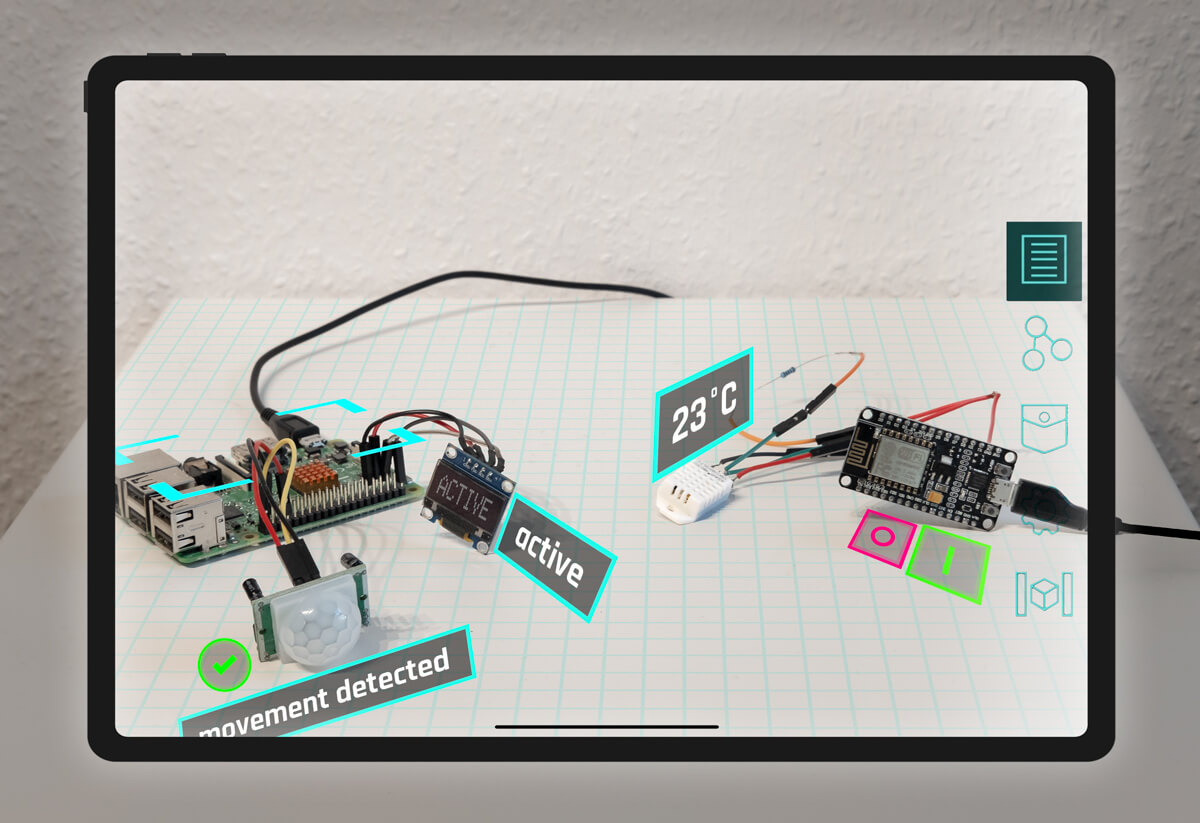 For many industrial companies, the use of AR in their own infrastructure is still an abstract topic. As a solution developer for X-Reality (AR, MR, VR), XRGO assists you in addressing and mastering this challenge.

The Miniature AR Hub is a compact miniature model of an exemplary industrial scenery. Using AR controls, it significantly expands the possibilities of visualization compared to traditional displays. This allows a connected industrial facility with AR to be displayed and tried out on a small scale.

Using a smartphone, holographic sliders, graphs and dashboards can be placed around the Miniature AR Hub. In the app, this AR content can be dragged and dropped to align around the hub.

By displaying data in space close to its data source, correlations can be recognized more quickly and data can be better interpreted and manipulated. The barrier between technology and humans is further broken down by using AR. Tech enthusiasts and customers have the opportunity to experience the interaction of AR, edge and spatial computing with the XRGO Miniature AR Hub.

The possibilities are endless, in line with the philosophy of XRGO.

What is Spatial Computing?

Spatial computing extends three-dimensional space to include interactive, virtual surfaces. Various localization technologies (e.g. iPhone with Lidar sensor) enable the acquisition of a spatial map (“Spatial Mapping”). This allows holographic content to be displayed fixed in space. For example, walls are recognized as surfaces and the superimposed content is aligned with them in perspective.

What is edge computing?

Edge computing describes decentralized data processing at the edge of a network. Data, services and computing power are shifted away from a central node to the outer edges of the network. This means that data processing does not take place through a server, but through the end device itself.

The Miniature AR Hub includes the Spatial Edge Server and the Spatial Toolbox (app). Both software components are provided by PTC via an “Open Source Research Platform”.

The Spatial Edge Server is run on a single board computer, in our setup a Raspberry Pi. This sets up a Wi-Fi access point and enables wireless communication between various IoT microcontrollers and the user’s end device (iOS device with Spatial Toolbox app). The IoT microcontrollers can be equipped with a wide variety of sensors and actuators. Possible options include sensors for measuring CO₂, temperature or humidity. The microcontrollers can also be used as transmitters and receivers for displays, LEDs, or even motors. 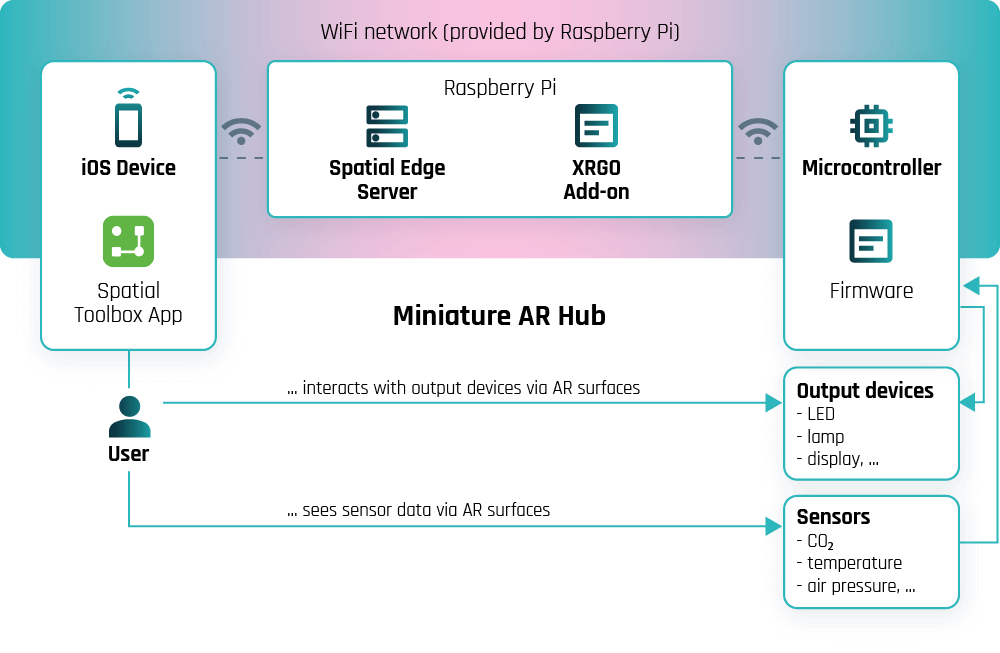 Our X-Reality consultants will be happy to demonstrate our Miniture AR Hub to you. At your office or in a web session, you will get a detailed insight into an AR-networked infrastructure.